“We are committed to providing the highest quality dental care available in an ethical and caring environment. With continual advancement of our knowledge and skills, we will strive to deliver to each patient the type of care that we would accept for our own families.” – Brian K. Schroder, DDS, FACD, FICD

A Texas native, Dr. Schroder traveled the United States with his Air Force family before settling in San Antonio. He graduated from Central Catholic High School and received his undergraduate degree from St. Mary’s University where he played collegiate basketball. He continued his education at the University of Texas (UT) Health San Antonio School of Dentistry, graduating in 1982 .

After obtaining his DDS degree, Dr. Schroder completed a general practice residency at the Audie Murphy Veterans Administration Hospital and received advanced training in anesthesia, endodontics, oral surgery, periodontics, and prosthodontics. For 12 years he served as assistant professor in the Postdoctoral General Practice Program at the UT School of Dentistry in San Antonio while developing his private practice, which has been serving the San Antonio community for over 35 years.

Voted a Super Dentist by His Peers

Texas Monthly magazine conducts an annual statewide survey of nearly 10,000 dental professionals to pose the question, “If you or a loved one needed dental care, which dentist would you choose?” Each year since the inception of the survey in 2004, Dr. Schroder has been selected by his peers as one of a few San Antonio dentists to earn the designation, “Super Dentists in General Practice.” After having been voted a Super Dentist for ten consecutive years, Dr. Schroder was named to the Super Dentist Hall of Fame.

Dr. Schroder and his wife, Evelyn have three incredible children. His daughter, Adrienne, and sons Brandon and Clayton are all married and have started their families. They have seven awesome grandchildren and number eight is on the way! Fortunately, they all reside in Texas!

“I received amazing restorative work from Dr. Schroder, and I now have a beautiful smile that looks totally natural. The treatment and the outcome exceeded my expectations, and the staff is very kind and helpful.” – Annette L. 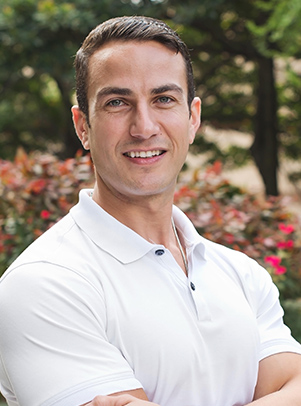 Meet
Dr. Imam
Dr. Imam graduated among the top of his class at the UT Health San Antonio Dental School. 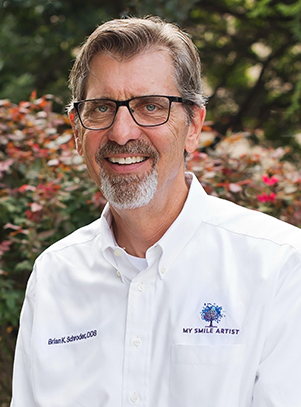 Meet
Dr. Schroder
Dr. Schroder has been elected a Fellow of the International College of Dentists.

Testimonial
Dr. Imam’s perfectionism in my full mouth reconstruction is what has impressed me the most. No small detail is missed. And now I receive compliments on my smile regularly.
M. Vaillancourt